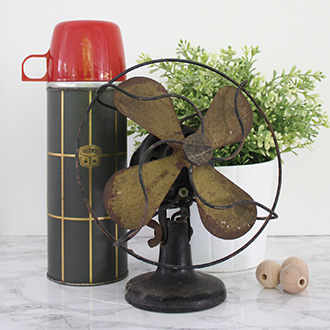 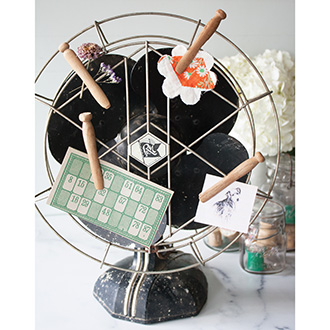 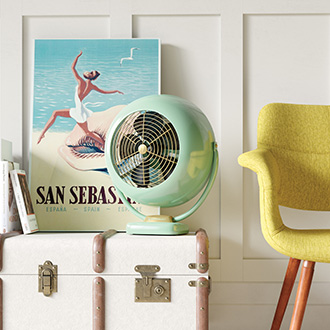 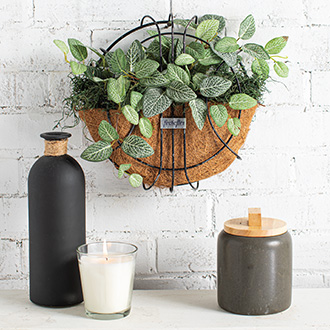 Before the advent of air conditioning, electric table fans helped circulate air and cool indoor spaces. New York engineer Schuyler Skaats Wheeler created the first electric table fan in 1886. It was a small, two-blade personal desk fan. Although effective, it was dangerous because it had an exposed motor and there was no cage surrounding the blades, which were patterned after those seen on windmills. Early electric fans were quite expensive and found only in large offices and upper-class homes.

More manufacturers began producing fans in the late 1890s and early 1900s, including well-known companies such as Westinghouse, Emerson and General Electric, and fan cages and enclosed motors became the norm. Rounded-edge blades were common by 1910, and fan makers offered a number of models for residential use.

In the late 1920s, General Electric introduced a design with overlapping blades, which was quieter and more efficient. The earliest electric table fans had featured brass blades and blade guards, but that material was later replaced by steel and then the much-lighter aluminum. The simple black bodies of early fans were being updated with new colors and styles by the late 1920s.

In 1932, Emerson—with help from interior designer and boating enthusiast Jane Evans—introduced its popular Silver Swan fan, which was a stylish new design with blades inspired by a yacht propeller. Fan innovations continued until World War II, followed by the air conditioning boom in the 1950s. After that, affordability won out over design as cheaper fans began to flood the market. According to the Antique Fan Collectors Association, the last of the “good” electric fans were produced in the late 1960s.

While many of us no longer rely on electric table fans to cool our rooms, vintage fans, even those that are no longer in working condition, can contribute a fun retro touch to a tabletop vignette, shelf arrangement or countertop display. Some decorators enjoy sprucing up vintage fans with a good cleaning and a fresh coat of paint, while others prefer the timeworn patina. Even salvaged fan parts can be repurposed into new items, such as wall art and light fixtures. For those who like the functionality as well as the old-fashioned look, working reproduction fans and refurbished vintage models are readily available. So go ahead and give one a whirl!